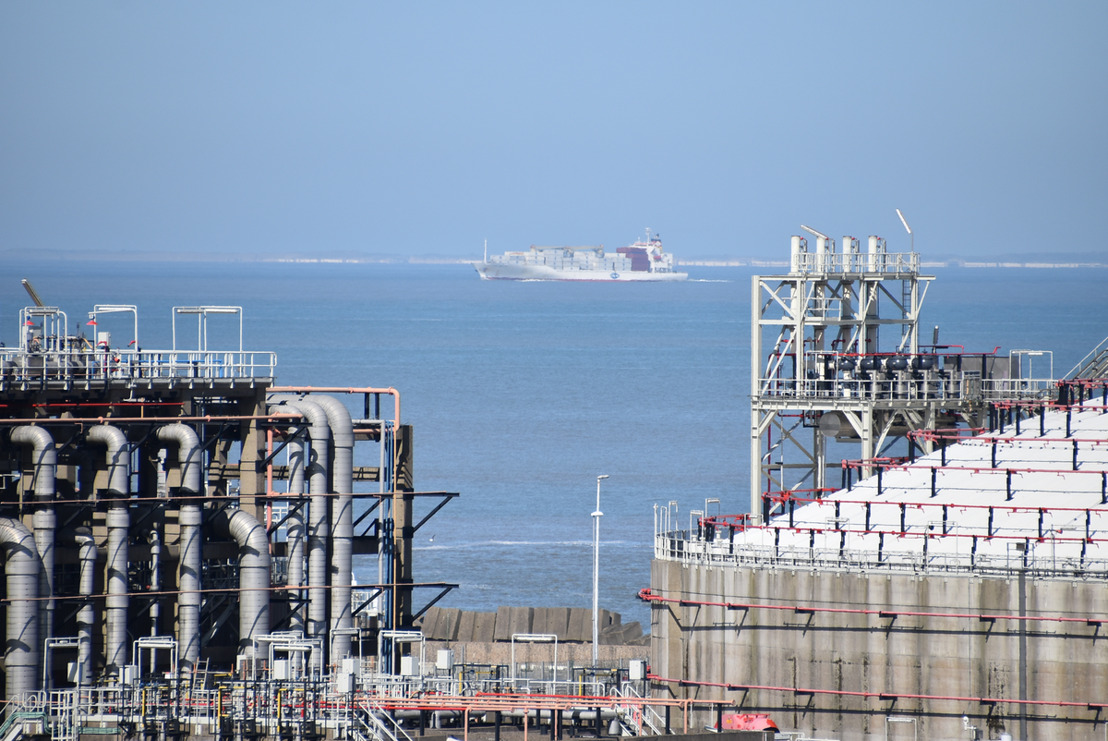 After nine months, the total throughput of Port of Antwerp-Bruges was 217.4 million tonnes, a slight increase of 0.8% compared to the same period last year. Despite the negative impact of the geopolitical and macroeconomic context, all cargo flows are recording growth, with the exception of the container segment, which remains under pressure. ​ Together with a series of announcements of new investments in the port platforms of Antwerp and Zeebrugge, this confirms the attractiveness and resilience of the unified port.

After 9 months, container throughput is down 8.8% in tons and 5% in TEUs compared to the same period last year. The decline is the result of the ongoing disruption of container logistics and the effects of the conflict in Ukraine. Containers are still not rotating sufficiently due to congestion and this is resulting in the throughput of full containers falling, while that of empty containers is rising. Although operational challenges are slowly diminishing, the still heavily disrupted container liner shipping is not forecast to return to normal until the first quarter of 2023.

Conventional breakbulk grew by 9.7%. While steel outflows are holding up well, steel supply volumes are showing a downward trend as a result of high inventories and falling demand. Despite a declining trend in the throughput of wood and building materials, these product groups, like fruit, are still recording growth.

Roll-on/roll- off traffic saw an increase of 8.1%. Throughput of new cars increased 8.5%, mainly due to strong arrivals from China. In contrast, the number of second-hand vehicles and trucks is down 7.3% and 17%, respectively. Unaccompanied cargo (excluding containers) grew by 13%.

Growth in the dry bulk segment (+21.5%) is primarily fuelled by growth in the transport of coal. The increased demand for coal for power generation translated into throughput of 2.43 million tons compared to 364 000 tons in the same period last year. Throughput of iron ore is showing growth, while scrap metal, sand and gravel show a decline and other building materials remain status quo. Although both fertiliser inflows and outflows have picked up compared to the second quarter, there is still a decline from the 2021 record year (-11.8%).

The liquid bulk segment recorded an increase of 13.3%. LNG in particular is growing strongly (+66.5%). So far this year, 215 LNG ships have called at Zeebrugge compared to 121 during the same period last year. There is also growth for LPG (+30%), due to high natural gas prices, and for gasoline (+12.2%), diesel/bunker oil (+9.7%) and naphtha (+14.6%). The throughput of chemicals also continued to grow by 6.3%, but a clear decrease is particularly noticeable in the outflow due to the scaling back of production because of increased energy costs.

After nine months, Zeebrugge has welcomed 102 cruise ships with 325,406 passenger movements, up from last year when cruise shipping was largely at a standstill due to Covid-19.

Since the official launch of merged port Port of Antwerp-Bruges six months ago, several investors and new projects have already found their way to both the Antwerp and Zeebrugge port platforms. Conti Seafrigo Antwerp, for example, will construct a new frozen food warehouse, Antwerp Euroterminal (AET) will commission Belgium's largest unit parking lot and Fluxys will build an ammonia terminal in partnership with Advario. Meanwhile, Covestro has begun construction of an aniline plant, ITC Rubis is expanding with an additional tank pit and Lanxess is installing a new climate protection system. Ineos has also chosen to set up a pilot for Carbon Capture and Storage (CCS) from Antwerp. In Zeebrugge, Ziegler Group is opening a branch for unaccompanied ro-ro freight to Ireland and the United Kingdom, and real estate group Intervest this week officially opened the logistics complex acquired in April from Chinese developer Lingang.

Jacques Vandermeiren, CEO Port of Antwerp-Bruges: "Despite the ongoing challenges due to the current geopolitical and macroeconomic context, we stand as a unified port. The negative trend in the container segment, rectified by growth in the other segments, is likely to continue towards the end of the year. But the flood of substantial, forward-looking and sustainable investments and new projects, especially in a climate of closures and production cuts due to high energy prices, is a confirmation of our strong position and attractiveness as a world port."

Annick De Ridder, Port Alderwoman of the City of Antwerp and Chairwoman of the Board of Directors of Port of Antwerp-Bruges:" In these particularly challenging times, our unified port is demonstrating its resilience. This is proven by the slight increase of 0.8% compared to the same period last year. In addition, some major investments were announced this month. The modernisation of the Europa Terminal (investment by Port of Antwerp-Bruges of 335 million euros and 500 million euros by PSA Antwerp), the inauguration of the Lanxess climate protection installation (13 million euros) and the start of construction work on Covestro's aniline production unit (300 million euros) are the most notable examples. There will also be a net addition of 750 port workers this year and next. Together with the innovative companies that believe in a sustainable future and are anchoring their presence through investment, the port is and can continue to function as the engine of the Flemish economy."

Dirk De fauw, Mayor of the City of Bruges and Vice-Chairman of Port of Antwerp-Bruges: "The fact that we can achieve this result in the current context makes me hopeful for the future, even though we will certainly need to be resilient. The growth in LNG throughput confirms the important position of Port of Antwerp-Bruges in that segment. In addition, we recently received two new Far East services and were included as the first port of discharge in Europe on MSC's 'NWC - USA - SAWC Service'. Together with the new investments, this will continue to strengthen our international position."