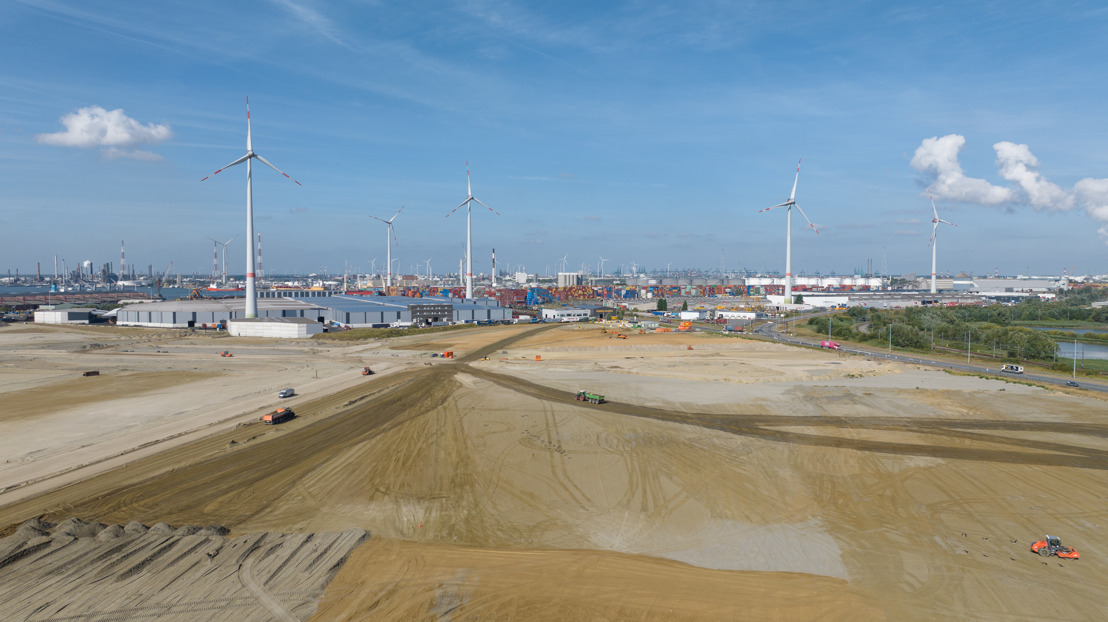 The new plant will have an annual capacity of 59,000 metric tons (130 million pounds), with opportunities to expand operations in the future since the 14-hectare plot can support up to four processing lines with a total capacity of ~240,000 metric tons (~500 million pounds) per year. PureCycle is currently engaged in feedstock sourcing and financial planning with the intent to secure a final project timeline by mid-2023. Construction of the plant will begin upon completion of the permitting process, currently anticipated in 2024.

NextGen District is a global hub for businesses seeking to advance the circular economy. The district is located at the Port of Antwerp-Bruges, Europe’s second largest port. PureCycle was recently awarded a concessionaire contract during NextGen’s competitive bid selection process.

PureCycle Vice President of European Operations, Wiebe Schipper, commented, “The announcement of our first location in Europe marks the next phase in executing PureCycle’s global growth strategy. We are excited to bring our Ultra-Pure Recycled (UPR) resin to customers in Europe, where companies and policies are at the forefront of the circular economy. Being in NextGen District will enable us to capitalize on existing efficiencies, collaborate with other innovators in the space and forge new partnerships.” He added, “We want to thank the Port of Antwerp-Bruges for believing in our mission and for providing the support necessary to get this project off the ground. Our team at PureCycle looks forward to creating a more sustainable future together.”

Port of Antwerp-Bruges CEO, Jacques Vandermeiren, said, “The Port of Antwerp-Bruges’ NextGen District is committed to creating an innovation hotspot where companies dedicated to building a circular economy and developing sustainable solutions to some of the world’s toughest climate and environmental challenges can thrive. We’re thrilled to be partnering with PureCycle on this strategic project to help bring that vision to life.”

PureCycle is already in active negotiations with potential feedstock and offtake partners and expects to commence commercial operations at its new European facility when construction of the first processing line is completed. The new PP purification plant will not only supply the European market with PureCycle’s UPR resin but is also expected to create 65-70 new jobs for local residents during the initial phase of the project. This project represents one of the largest investments announced in the NextGen District to date. Various funding options are currently being considered, including traditional financing sources as well as grants/subsidies for circular projects that are uniquely available in the EU.

Minister-President of Flanders, Jan Jambon, remarked, “PureCycle selected Flanders as the preferred location within the EU for the construction of its first European recycling plant. This confirms that Flanders is among the world leaders in waste collection and processing and strengthens our position even more firmly as a leading recycling hub. PureCycle's purification technology is a game changer within the circular economy and will have a major impact on making plastics - and pre-eminently the chemical cluster around the Port of Antwerp-Bruges - even more sustainable. As a region that pioneers in circular innovation, we are extremely proud to welcome this new ecosystem-strengthening partner in Flanders. Export and investment promotion agency Flanders Investment & Trade played a leading role in this investment dossier through teams in the US and in Flanders. FIT also supports PureCycle in the start-up and development of their site and their anchoring in Flanders.”

Vice-Mayor of the City of Antwerp and President of the board of directors of Port of Antwerp-Bruges, Annick De Ridder: "With PureCycle, NextGen District welcomes not only a new player, but also a first. This American pioneer will build its first polypropylene recycling facility in Europe here in the Port of Antwerp. This new pioneer brings a solid investment and a lot of jobs to our port. This great news sets the new year off strongly. In our home base for circular economy, PureCycle will have all the space it needs to innovate and contribute to the strengthening, synergy and diversification of our port."

With the company’s flagship recycling plant in Ironton, Ohio expected to start pellet production in Q1 of 2023; a second plant in Augusta, Georgia under initial construction; and its first PP recycling plant in Asia currently on track to open in 2025, PureCycle is expanding globally and actively scaling its production capabilities.

About PureCycle Technologies
​PureCycle Technologies LLC., a subsidiary of PureCycle Technologies, Inc., holds a global license for the only patented solvent-driven purification recycling technology, developed by The Procter & Gamble Company (P&G), that is designed to transforms polypropylene plastic waste (designated as No. 5 plastic) into a continuously renewable resource. The unique purification process removes color, odor, and other impurities from No. 5 plastic waste resulting in an ultra-pure recycled (UPR) plastic that can be recycled and reused multiple times, changing our relationship with plastic.