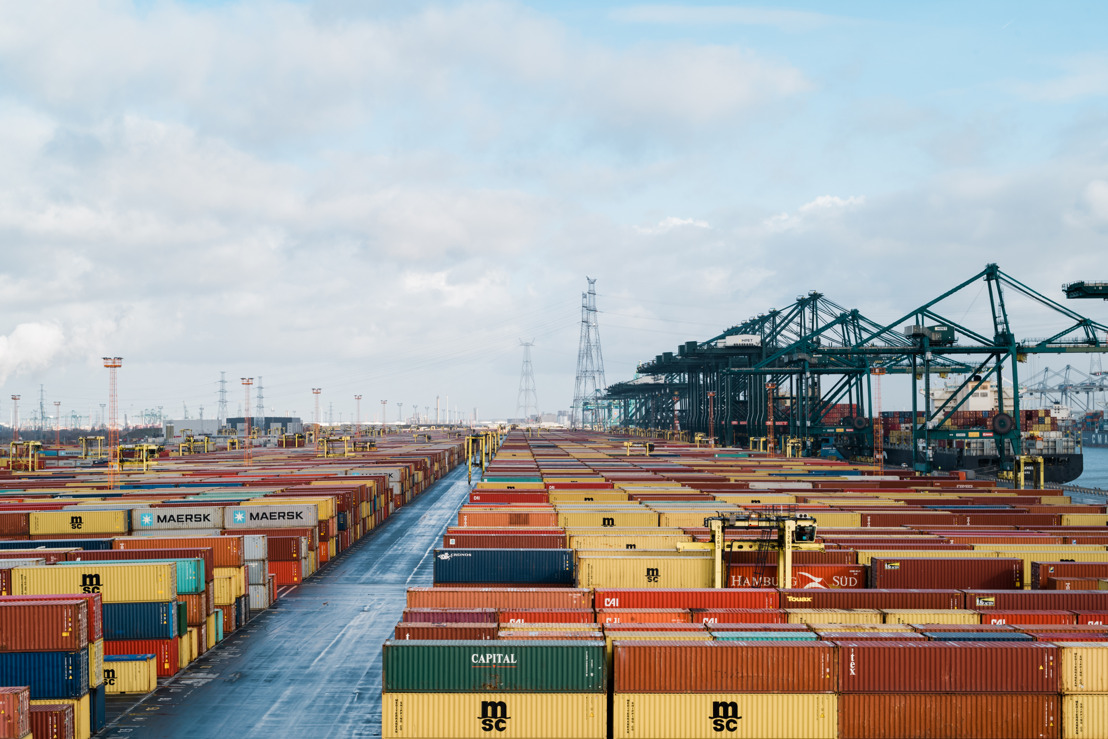 The total freight volume handled by Port of Antwerp fell in April due to the corona crisis, but rose by 0.4% overall during the first four months of this year compared with the same period last year. The container volume rose in 2020, although other freight categories such as conventional breakbulk and ro/ro remain under pressure. The number of calls by seagoing ships was also down but a number of container ships also carried more volume on average.

Despite the impact of corona on global production and supply chains and a fall in demand as a result of the corona crisis, the port experienced slight growth in the total freight volume during the period January-April 2020 compared with the same period last year. The container volume in April was down compared with April 2019 but experienced growth of 6.1% in TEU during 2020 overall. The consequences of cancelled sailings will make themselves felt in the remainder of the second quarter. On the other hand there was a strong increase in empty boxes bound for China, which is a sign of recovery in production there.

In the case of breakbulk, with steel as the most important product, the consequences of the worldwide disruptions in trade have made themselves felt since 2019 and the shutdown of some industries due to the corona crisis has led to a sharp drop of 15.7% in April and 29.1% in 2020 overall. Due to the lack of production in the automotive industry there were no imports of new cars from Asia, and exports of European cars were similarly at a standstill. The second-hand car market was also almost completely absent as a result of the corona crisis. As a consequence the total ro/ro volume was down by 16.2% in the period January-April compared with the same period last year.

As for dry bulk there was little demand for coal due to the mild winter and the shutdown of the steel industry, and so also very little outgoing traffic to the hinterland. The fact that sufficient renewable energy (solar and wind) was available in Germany also contributed to the sharp drop in outgoing coal consignments. In the meantime other bulk categories remain under pressure and are declining in volume. In the liquid bulk sector the volume was down by 2.5% in 2020, mainly due to the lower demand for oil derivatives. The volume of chemical products experienced slight growth of 0.6% during the first four months of this year compared with the same period in 2019.

Port of Antwerp is a major international port whose activities reflect developments in the European and world economies. Despite a weaker month in April the port has been able to maintain its level of activity in terms of freight volume. The impact of lacklustre demand due to the corona crisis will make itself felt more strongly in the coming months. In the meantime, Port of Antwerp is doing everything necessary to ensure efficient functioning of the port.