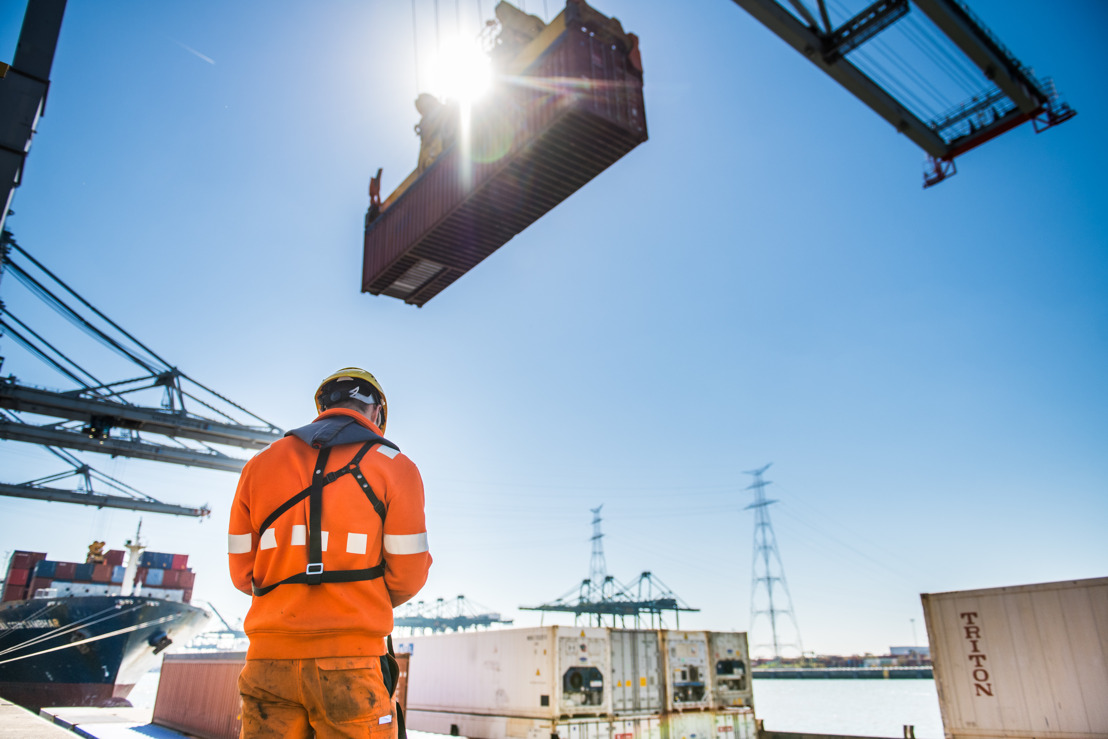 The total freight volume handled by Port of Antwerp rose by 4.0% in the first quarter compared with the same period last year. The container volume in particular made up for the decline in other freight categories such as conventional breakbulk and vehicles. The impact of the corona crisis remained limited in the first three months of the year.

With growth of 9.5% in TEU and 9.4% in tonnage the container trade remains by far the largest segment in the port of Antwerp. There was a noticeable increase in the amount of pharmaceuticals and e-commerce goods, and there was higher demand for long-life foodstuffs. With the exception of a slight decline in goods from the Far East (down 2.2%) all trading regions experienced strong growth.

Breakbulk under pressure since last year

The vicissitudes of world trade since mid-2019 continue to weigh on the breakbulk volume. This has resulted in a total decline of 27.8%, with imports being hit harder than exports. The volume of iron and steel, the most important category in this segment, continued its negative trend with a contraction of 36.8%. The shutdown in the car trade inflicted a double blow on the breakbulk volume, with reduced steel imports on the one hand and an 18% drop in the number of new cars on the other. The total ro/ro volume was down by 20.3%.

The dry bulk volume at the end of the first quarter was slightly up, by 1.2%. During this period three times as much coal was handled than in the same period last year due to increased speculation in this commodity. In the meantime scrap metal experienced light growth, while other types of dry bulk such as fertilisers, ore and sand came under pressure and are trending down.

Liquid bulk for its part held steady, only slightly down by 0.7% due mainly to slower economic growth and fluctuating oil prices. The volume of chemicals experienced growth of 4%. Oil derivatives for their part were up by 1.3% while crude oil by contrast was down by 13.5% at the end of March.

Number of seagoing ships holding up

Impact of corona on Port of Antwerp

The current pandemic is causing disruptions to production and supply chains around the world. Port of Antwerp is an international hub for the transport of goods and so will inevitably feel the effects of this. The impact of the crisis during the first quarter has remained fairly limited, but it will become apparent in the second quarter with cancelled departures, large sectors of industry such as the car industry in western Europe being shut down, and changing patterns of consumer behaviour.

At the moment, however, it is impossible to predict the final impact on the global economy and thus also the volume of freight passing through the port of Antwerp. Much will depend on how quickly industry is able to start up again and consumer confidence to return. Port of Antwerp together with Alfaport-Voka will continue to monitor the situation among port companies and to take any measures that may be necessary.

Port of Antwerp CEO Jacques Vandermeiren declared: "Thanks to its worldwide connectivity and the diversity of its trade, Port of Antwerp is less dependent on specific markets. Moreover the port has enormous storage capacity that can act as a buffer for the economy, which will permit faster restarting of industry and recovery of consumption in Belgium and part of Europe."

Port alderman Annick De Ridder: "Port of Antwerp remains 100% operational despite the far-reaching social consequences of the corona pandemic. Freight handling and industrial production are continuing unabated, thanks to the efforts of the entire port community of employees and employers. All partners in the chain of production and supply are constantly monitoring the situation and making adjustments where necessary, thus enabling Port of Antwerp to react to the varying demand from the market. I cannot emphasise strongly enough how grateful I am to all those who are helping to keep the port operating."