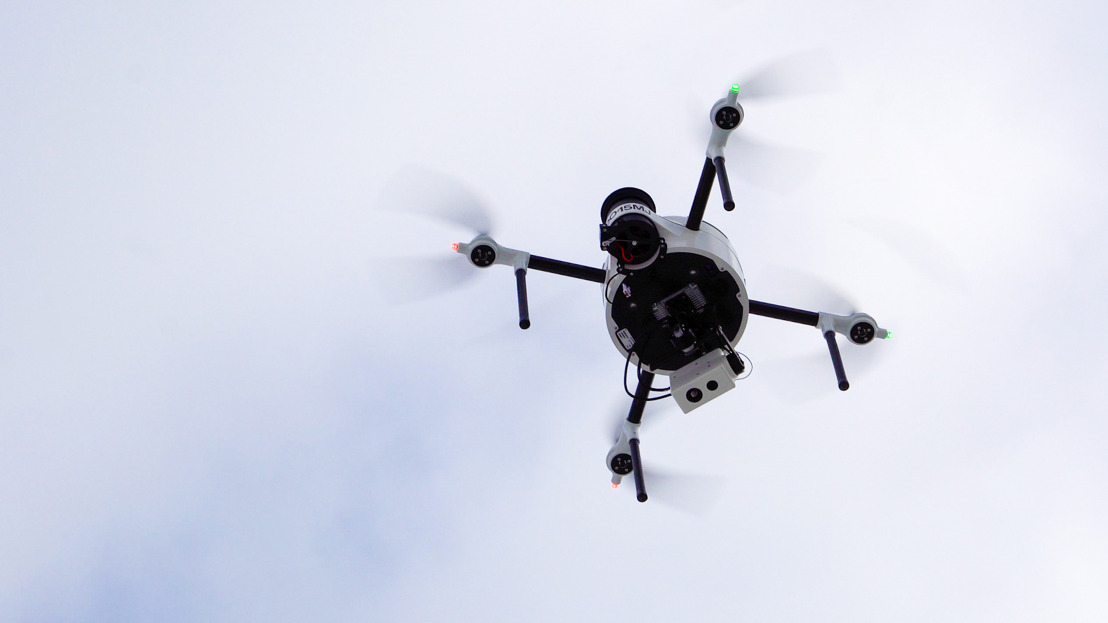 In order to maintain safety in the complex port environment, Port of Antwerp is deploying an autonomous drone for the first time. The fully autonomous drone will be testing various use cases in the field of inspection and control. This is part of the short-term ambition to support the port authority in its core tasks by means of a network of autonomous drones. These initial tests are the result of the 'Port of the Future' platform, made available by Port of Antwerp, to roll out new innovations in the port environment.

The port of Antwerp covers more than 120 km² and is part of Belgium's 'critical' infrastructure. The use of drones can make a significant contribution to overall safety in this complex environment. After all, drones afford a unique bird's eye view, enabling port authorities to manage, inspect and supervise a large area quickly and safely. This week, for the first time, an autonomous drone developed in collaboration with the company DroneMatrix will be deployed. The drone departs from a fixed operating base near Kieldrecht Lock and follows a fixed route in the port. In addition, the drone can also fly on demand, for example in emergencies where an overview of the situation is critical. The drone operates completely independently and charges itself through an intelligent docking station that is centrally managed from a web platform.

The drone will test out various use cases, such as infrastructure inspection, surveillance and monitoring, incident management, berth management and oil spill or drift waste detection. The objective is to test the various applications in a realistic and complex environment (Seveso companies, wind turbines, high voltage, etc.) so that they can support the Harbour Safety & Security (HSS) department in the future. Several tests with other autonomous systems will follow over the course of 2021, in preparation of an operational network of autonomous drones ready to be deployed in 2022.

According to Port of Antwerp, the use of drones will play an increasingly important role in the port of the future. The ambition is a network of autonomous drones that can provide a 'live feed' of the various port activities. In the context of Port of Antwerp's participation in the SAFIR project, extensive tests have been carried out previously to investigate the feasibility of manned and unmanned drones at the port.And at the end of last year, Port of Antwerp and the European Maritime Safety Agency (EMSA) joined forces for a project involving a pilot-controlled drone.

This first test involving an autonomous drone is the result of the innovation platform that Port of Antwerp makes available to technology developers and industrial players in order to test new technologies in the port environment and to accelerate their development. This is not only to realise our own ambitions with drones but also to offer opportunities to other stakeholders within the port platform.

Erwin Verstraelen, Chief Digital & Innovation Officer Port of Antwerp: "Drones are a lever in carrying out our core tasks as port authority, given the port's huge surface area. Thanks to a network of drones, we can keep a closer eye on what's happening in the port. Through our 'Port of the Future' innovation platform and cooperation with partners, such as DroneMatrix, we can accelerate technological innovation. Not just for drones, but also for promising evolutions in autonomous shipping, smart cameras and sensors. As such, we are working towards a safe, efficient and smart port: the port of the future."

Lander Vanwelkenhuyzen, General Manager of DroneMatrix: "For DroneMatrix, the ports are important focus areas and the scope for deploying an automated drone in these areas is endless. Increased safety, extended inspection possibilities and a strongly improved 'situational awareness' that can increase the effectiveness of human interventions... these are just a few of the advantages of our YACOB technology, developed on Flemish soil no less. Our hardware and software developments have reached maturity, so we can now really get to work. In the coming months, DroneMatrix will launch several early adopter programs where this technology will be deployed for the first time in an industrially-scalable manner."

Annick De Ridder, Port Alderman: “We are doing everything we can to ensure a safe port and drones will become indispensable for this in the near future, including at our port. Innovation and digitalisation are crucial to guarantee the sustainable growth of our port in the long run. As such, Port of Antwerp is the driving force behind inventing and realising solutions for the challenges of tomorrow. The port is the ideal environment in which to test and further develop innovative technology.”