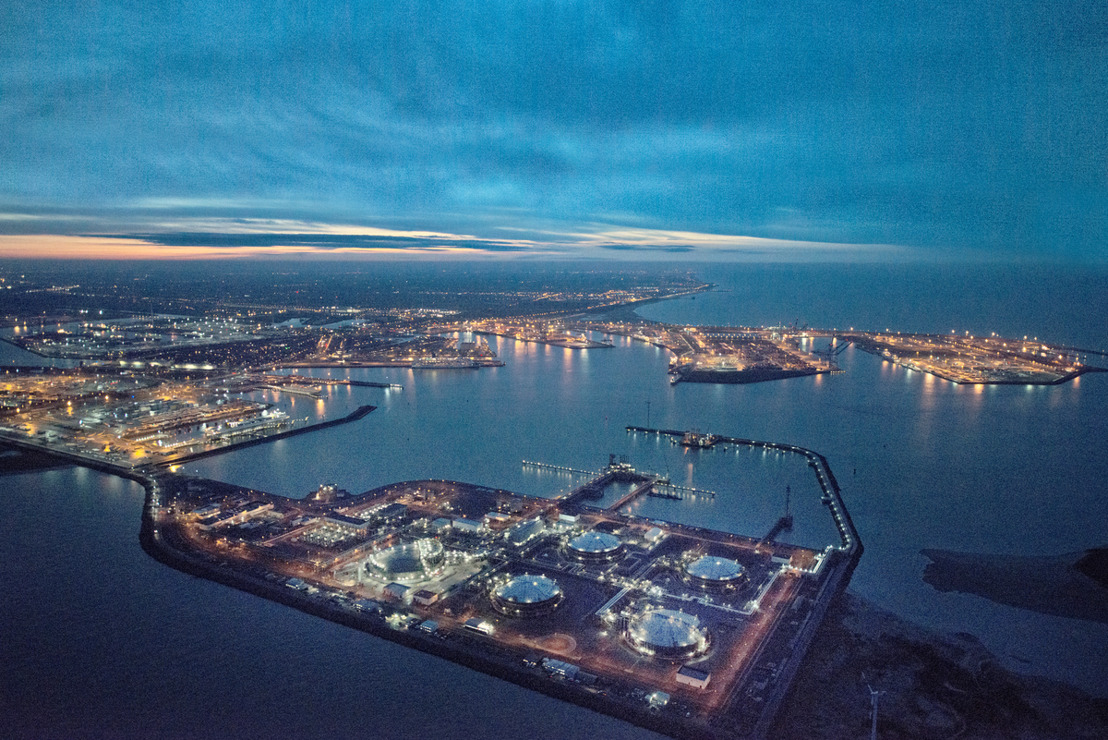 2022 was a year of challenges for Port of Antwerp-Bruges. Geopolitical tensions, the energy crisis and ongoing disruptions in supply chains made their presence felt and, in addition to shifts within the various commodity flows, put sustained pressure on the container segment. This affected throughput, which was down 0.7% year-on-year to 286.9 million tons of cargo. However, the flood of new investments and projects confirms the attractiveness of the unified port and the added value of the complementarity of the two port platforms.

The challenges were most palpable in container traffic. Global disruptions within container shipping, and the resulting congestion with peak call sizes and delays, put pressure on volumes throughout the year. In addition, the conflict in Ukraine caused a decrease in Russia-related traffic by 59%. And while operational challenges at container terminals and congestion have been slowly easing since the third quarter, high energy prices and economic uncertainty have caused a slowdown in demand for container traffic. As a result, container throughput fell 8.6% in tons and 5.2% in TEUs in 2022, compared with a strong 2021, back to pre-pandemic levels.

The war in Ukraine, the sanctions against Russia and the energy crisis greatly changed the energy landscape and flows in Europe, which translated into strong growth in bulk cargo. Dry bulk throughput increased by 13.8% in 2022. Coal throughput, in particular, experienced a sharp increase (+210%) due to the substantial rise in demand for coal powered generation. Fertilisers, however, declined by 18.3% due in part to sanctions on Russia and significantly higher fertiliser prices.

The liquid bulk segment grew 10%, mainly due to a 61.3% increase in demand for LNG as an alternative to natural gas via pipelines from Russia. There was also growth for LPG (+30%), gasoline (+7%), diesel/fuel oil (+9.9%) and naphtha (+7.5%). Chemicals throughput, which had its best year ever in 2021, began to decline in mid-2022 due to increased energy prices that put pressure on the European chemicals sector; volumes ended up with a slight decrease of 1% compared to 2021.

After record figures in 2021, conventional breakbulk (+1.1%) held up well in the first half of the year due to growth in the throughput of steel, the main commodity group within this segment. Starting in the third quarter, steel volumes declined as a result of the slowing economy.

Total roll-on/roll-off traffic saw an increase of 6.5%. More than 3.26 million new cars were handled in 2022, an annualised growth of 10.5%. Throughput of 'high & heavy' rolling stock increased by 9.6%, while throughput of used cars and trucks decreased by 13.2% and 17% respectively. Unaccompanied cargo (excluding containers) grew 10.0%, a significant portion of which was related to the United Kingdom (+4.9%) and Ireland (+35%).

Strong as a unified port

The flood of new investments and projects since the merger of the Antwerp and Zeebrugge port platforms confirms the attractiveness and added value of the unified port. The resilience of both port platforms has allowed important steps to be taken in projects that contribute to the port's sustainable growth and pioneering role in the energy transition. The projects are ready to be further rolled out in 2023 through unified efforts with partners. The hydrogen strategy to make the port a European hydrogen hub for the import, local production and throughput of green hydrogen and hydrogen carriers will be further refined.

The completion of the first part of the NextGen District, the future hotspot for the circular economy, is almost complete and the first spade will go into the ground in 2023. As part of the Port Authority's 'greening' of its fleet, the Hydrotug and Methatug, the world's first hydrogen and methanol-fuelled tugs, are making an appearance. And the Digital Twin, the digital copy of the port area with real-time info via sensors, drones and smart cameras, will be deployed on both platforms in 2023 to further build a smart, safe and smoothly-operated port.

Jacques Vandermeiren, CEO Port of Antwerp-Bruges: "2022 was, once again, an eventful year, with many logistical and geopolitical challenges. As a world port, we are at the centre of this drama and are holding up well. Thanks to the complementarity of both platforms, we can already see the added value of the merger and, as a unified port, we are much stronger in the face of future challenges. Moreover, with our strong international position, we can make a difference in challenges such as the energy transition. Together with our partners and thanks to financial support, such as the important European funding of 500 million euros for the Antwerp and [email protected] projects, we can live up to our pioneering role and realise climate impact that reaches far beyond the port's borders."

Annick De Ridder, Vice-Mayor of the City of Antwerp and President of the board of directors of Port of Antwerp-Bruges: "The unified port is a global port that relies on a particularly close-knit port community. All employees and companies that make up this port community showed tremendous resilience and strong resilience over the past year. As a result, we achieved a strong result despite very big challenges. The merger is proving its added value in practice. We are confident that in 2023 we can continue to focus on sustainable economic growth; certainly thanks to the many investments announced by our companies. In this way, our port is and will remain the economic engine of Flanders."

Dirk De fauw, Mayor of the City of Bruges and Vice President of Port of Antwerp-Bruges: "The fact that, despite the challenges, we also achieved so many successes in 2022 makes me very proud. First, of course, 2022 was the year of the merger and therefore a historic year. We have also seen important breakthroughs in the field of energy transition with, among other things, the hydrogen plant HyOffWind in Zeebrugge and the Warmtenet Antwerpen Noord. As a world port, however, we would like to do more than create prosperity and jobs. Therefore, we are fully committed to a sustainable future with our environment. The 'side by side' environmental communication campaign, the Connection Bridge, the transformation of Fort Filips and the Tall Ships Races are a few great examples of this."