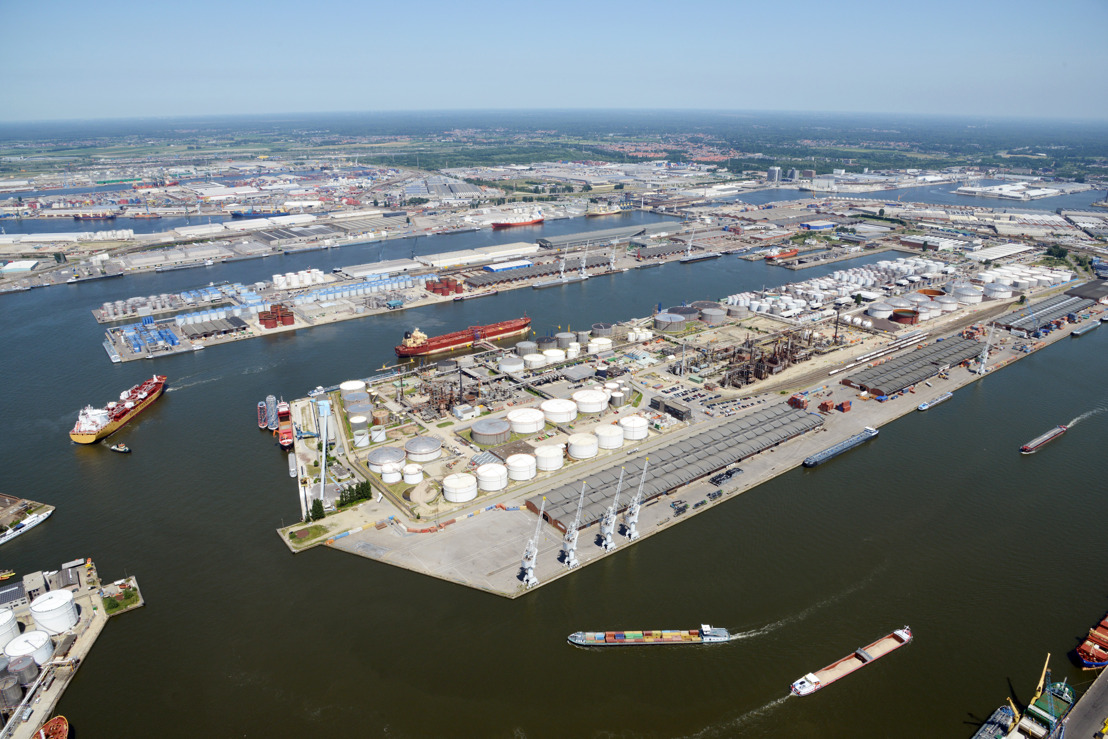 The Antwerp port community and its various partners are currently on a trade mission to West-Africa, including Benin and Nigeria. Today, a collaboration agreement was signed between Port of Antwerp International (PAI), the consultancy and investment subsidiary of Port of Antwerp, and APEC, its maritime training centre, and Nigerian Ports Authority, which manages the 6 ports of Nigeria. This collaboration, which will mainly take the form of training and consulting, underlines the leading role that the port of Antwerp plays in West Africa.

The port of Antwerp is known in Africa as the maritime centre of Europe, thanks to the numerous supply chain connections. The synergy between maritime, logistics and industrial activities creates a unique platform. Out of all the ports in North-West Europe, Antwerp has the highest number of direct services to West Africa. The annual volume of West African freight in Antwerp amounts to almost 17 million tonnes resulting in a market share of 31%. Nigeria, with a volume of over 6 million tonnes, accounts for the largest part. All trends and indicators show that this share in the statistics will continue to grow in the coming years.

As part of the mission, the delegation visited the port of Lagos today. Before the guided tour of the port, Kristof Waterschoot, CEO of PAI and APEC, and Hadiza Bala Usman, CEO Nigerian Ports Authority signed the MoU, the collaboration agreement between both ports. Under the terms of this agreement the port of Antwerp will play an advisory role with regard to the further development of the port of Lagos. In addition, structural training will play an important role. Several port professionals from Lagos have already come over to Antwerp for tailor-made trainings by APEC. This training centre of the port of Antwerp organises tailor-made training courses for maritime personnel worldwide in view of maximising the efficiency of port operations.

Kristof Waterschoot, CEO of PAI and APEC, explained: "We see a lot of potential in the port of Lagos. Thanks to the growing economy, the freight transport with Europe has increased substantially. By means of this collaboration we can use our know-how to advise the port of Lagos in its further development. It underlines the ambition of PAI to consolidate and further develop its already strong position in West Africa."
​

Hadiza Bala Usman, CEO Nigerian Ports Authority, explained: "The port of Antwerp is an inspiring example for our own port of Lagos. We are most impressed with Antwerp and so are very pleased with this collaboration agreement that will allow us to call upon its expertise. We look towards the future with great confidence."

Apart from the visit to the Lagos port, the participants of the mission, among whom representatives of the Port of Antwerp and different shipping companies, terminal operators and logistics service providers, will attend a port seminar and different networking events for the benefit of the Antwerp entrepreneurs. In addition, they will visit the Eko Atlantic project, an extension of the city into the sea, and the Dangote project in Lekki, a new refinery complex and additional deep sea port.
​

Annick De Ridder, vice mayor of the Port of Antwerp: "With an annual volume of almost 17 million tons, West Africa takes a large share in the traffic of Port of Antwerp. It is therefore our ambition to further strengthen our position in West-Africa. We want to play our role as a community builder and together with our subsidiary Port of Antwerp International, we aim to pass on our know-how and experience. With this mission we're engaging ourselves to create a sustainable future for African Ports and developing the worldwide network of our own port to ensure further growth for years to come."
​

The Authority was established in 1954 by an Act of Parliament [Port Act, CAP 155 Laws of the federation of Nigeria and Lagos 1955, currently NPA Act CAP N126 LFN, 2004) to control and maintain the seaports as well as load and discharge cargo. Its operations started on 1 April 1955. On 17 June 1992 the Authority was incorporated as a public liability company under the provision under the provision of the companies and allied matters act 1990 as a wholly owned government company. In 1999 the status of the authority reverted to an agency of the Federal Republic of Nigeria. The Ministry of Transport remains the supervising Ministry.
​

Summary of cargo throughput within the six Ports in 2018 is placed at 73,176,127. The Federal Government of Nigeria initiated the drive to improve efficiency with its Port reforms programme, implemented in 2005/2006 and adopted the landlord model of Port Management. The key principle of this concession model is to transfer cargo operational obligations to private operators while retaining public ownership of the Port infrastructure.
​

The Concession plan is to span a period of 10 to 25 years on the basis of long-term leases. Terminals were delineated by cluttering two to four berths and offered to bidders via international competitive tenders. However, terminals with existing sitting tenants who had substantial private investment were given concession on negotiated transactions. The Authority has a staff strength of 4011 with Emmanuel Adesoye as the Chairman Board of Directors and Hadiza Bala Usman as the Managing Director who is responsible for the day to day running of the Management.
​

With an overall throughput of 289 million tons per year, Port of Antwerp-Bruges is a critical hub in worldwide trade and industry. The port is a crucial link for the handling of containers, breakbulk and for the throughput of vehicles. Port of Antwerp-Bruges is home to 1,400 companies and accommodates the largest integrated chemical cluster in Europe. The port provides, directly and indirectly, a total of around 164,000 jobs and generates an added value of 21 billion euros.