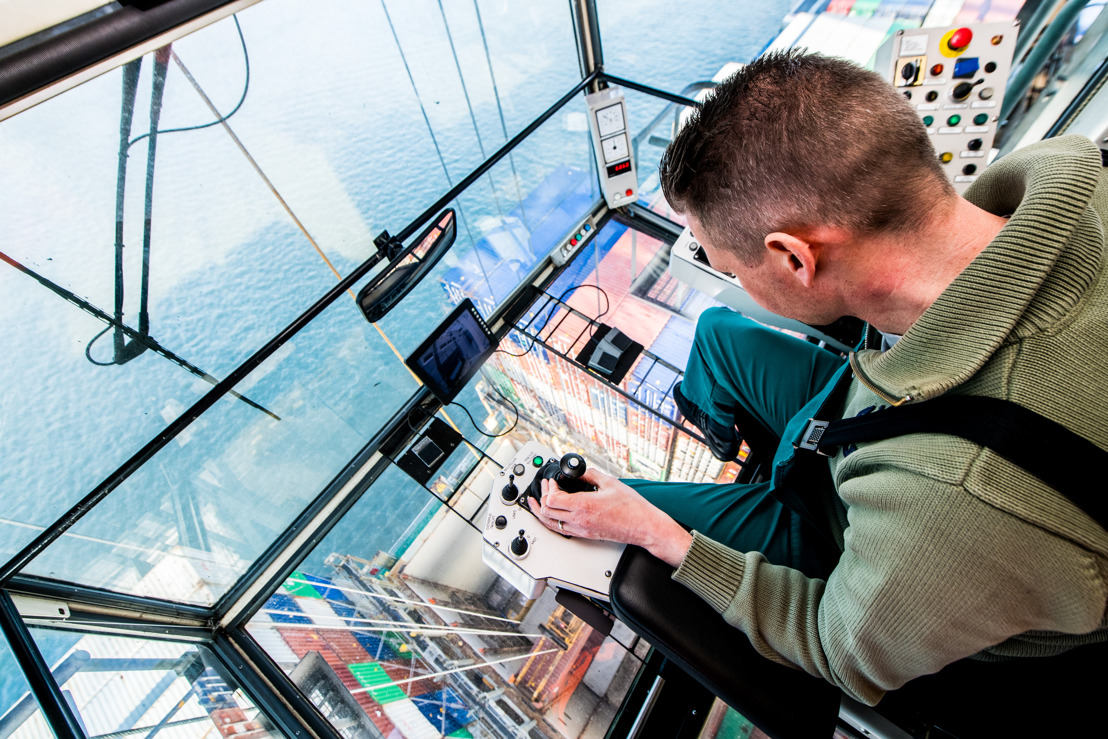 The total freight volume handled by Port of Antwerp rose from January through September 2019 by 1.1% compared with the same period last year. The container volume (in TEU) was up by as much as 6.4%. However the slowdown in the world economy reduced the growth rate of more volatile trade flows such as conventional breakbulk, liquid bulk and vehicles. On the other hand the volume of dry bulk such as scrap metal, minerals and coal soared by 9.5%, further propelling the overall freight growth for Port of Antwerp.

With growth of 5.7% container freight is by far the largest category in the port of Antwerp. This growth can mainly be seen in the transhipment of containers, but the container volume is also expanding as a result of more imports and exports. All trading regions with the exception of Latin America recorded positive growth.
​

The recent adjustments to the MSC feeder network, a network of smaller ships that take on freight from larger units in the port for onward transport, were favourable for Antwerp. As of the third quarter, for instance, two new services to Latin America provided additional imports of reefer loads from Peru, Chile, Ecuador, Colombia and Costa Rica.
​

"The uncertainty in world trade has not yet had any impact on our container volume," declared Port of Antwerp CEO Jacques Vandermeiren. "In fact it is continuing to expand, thus further consolidating our world leadership position. As a consequence we are continuing to develop additional freight transport to the hinterland by rail and barge."

Ups and downs in world trade are continuing to have an impact on breakbulk freight flows, resulting in an overall drop of 9%. The conventional breakbulk volume, with steel as the main category, suffered a fall of 12.9%. Both imports and exports of steel are increasingly feeling the consequences of geopolitical measures that restrict the flow of trade. Only exports to Mexico and Turkey experienced growth, while imports from all producing countries suffered a decline.
​

The total ro/ro volume for its part contracted by 2.1%, while the number of new cars handled was down by 10%, due to among other things the declining volume of new car exports in the third quarter. By contrast the decline was partly offset by an increased volume of second-hand cars, with growth of 12%.

The dry bulk volume for its part was up by 9.5% over the space of nine months. During this period five times as much coal was shipped as in the same period last year. The strong increase in the volume of coal was partly due to a temporary shift in transport routes as a result of low water levels in the Rhine. This was accentuated later in the year by traders stocking up, given the prospect of higher coal prices in the coming months. The other dry bulk categories, such as fertilisers which were the highest performer in 2018, are coming under heavy pressure and are trending downwards.

Oil derivatives also experienced a slack month in August, just as they did last year, resulting in an overall decline of 9.5% by the end of the third quarter. Nevertheless the refinery-bound volumes remained relatively stable, although the volumes related to trading activities performed rather poorly. A slowdown in economic growth and fluctuating oil prices with a downwards trend led to uncertainty among traders, with little rotation. But there are positive signals: the chemical giant BASF recently announced an investment of 550 million euros in additional production capacity at its Antwerp site.

10,814 seagoing ships called at Antwerp during the past nine months. The gross tonnage of ships berthing in the port was down slightly by 0.8%, at 313 million GT.
​

"Port of Antwerp keeps on growing. The recent call by the MSC Isabella is a new record as the largest container ship ever to call at Antwerp. Proof that our port offers safe and easy access to megamax container carriers with deep draught. In this way we continue our sustainable growth because large ships like these significantly lower carbon emission per shipped container," declared port alderman Annick De Ridder.