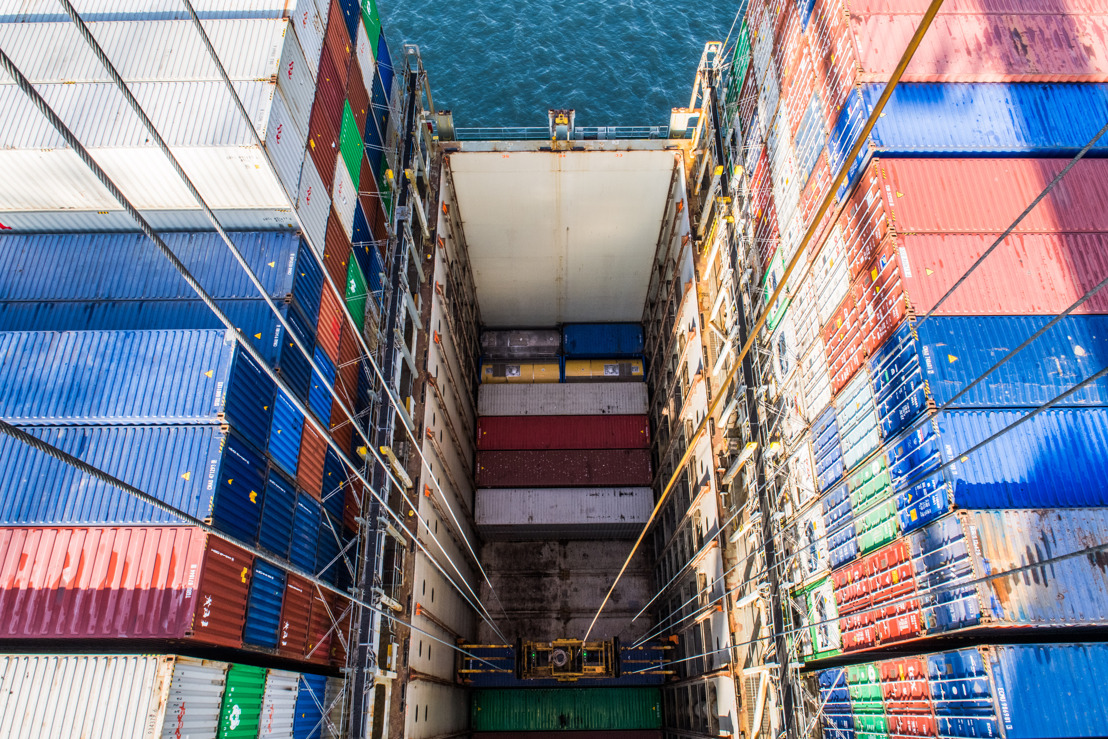 After two absolute record months, April and May, with more than 1 million TEU, Port of Antwerp closed the second quarter with a strong month in June. Result: a record volume on a quarterly basis. The continued growth in the number of containers and the volume of dry bulk in particular compensated for the decline in other, more market-sensitive sectors such as liquid bulk and breakbulk. This was achieved despite the slow-down in European growth and uncertainty in the market. Greater transhipment continues to drive the Antwerp container business upwards.

Container peaks in April and May

Container freight performed strongly in the second quarter with a new record volume which was immediately topped in May. Container peaks in April and May brought the growth rate to +4,9%, thanks mainly to more transhipment to and from all trading regions with the exception of South America. Transhipment trade with the Far East even scored double digit growth of 11.7%.

Jacques Vandermeiren, Port of Antwerp CEO, stated: "Container throughput continues to expand, which is good news for our leading position in the worldwide logistics chain. However, achieving the desired modal split remains a focus of attention. Ongoing efforts are aimed at getting more containers carried by rail and barge."

Better months in May and June were good news for breakbulk handling. After six months the volume stabilised with at a level 1.7% down compared with the end of the first quarter. The conventional breakbulk volume also recovered slightly, with only 3.2% less compared with the first six months of 2018 thanks to slightly better performances in iron and steel exports.

The dry bulk volume managed to reverse a drop of 8.8% at the end of the first quarter, turning it into a rise of 8.7%. This was despite 8% less fertiliser, 25.7% less ore and 6.5% less sand and gravel being handled. The figures for coal by contrast were four times higher than in the same period last year, while the volume of scrap rose by nearly 10%.

Dry bulk is traditionally characterised by high volatility, with a wide range of goods that vary greatly in character.

Despite some relatively strong months in May and June, liquid bulk experienced a drop of 6.4%, following a drop of 8.2% at the end of the first quarter. The volume of crude oil expanded by 3.2%, while there was a similar expansion of 5.4% in the volume of chemical products. On the other hand the volume of oil derivatives did not recover substantially during the second quarter. After three months the figure was 11.9% below the level of the previous year, and after six months it was still 10.9% below. The slowdown in economic growth and large fluctuations in oil prices caused uncertainty among traders. However, there are hopeful signals: the tank storage company Standic recently announced an investment of 200 million euros for a new, state-of-the-art storage terminal for chemical products.

Annick De Ridder, alderman for the port, concluded: "Antwerp is continuing on its growth trajectory despite the current international climate. We are particularly proud that once again we have been able to achieve record figures in important segments. These figures once more underline the need for additional container capacity. I am fully convinced that together with our port companies and other partners we will continue along this growth path."